This study produced a report that communicates a compelling story about the economic and fiscal impacts of Michigan’s robust port system on the State of Michigan as well as its impact on the federal economy. Key components of the report included:

A user-friendly Excel-based input-output modeling template has been produced that can be used by each port to compute their economic activity and economic impact on an ongoing basis. This modeling program will prompt the user to input a handful of entries upon which each of the metrics listed above will be generated for that individual port.

The information gained from the meeting will provide the basis for investment into harbors by showing the value added to the community for harbor asset management. By using the information gathered during the study, the community can decide on the best areas to invest for the best return on investment (ROI). This predictive analysis will help Michigan’s port and harbor communities maximize their harbor’s features into a sustainable community asset rather than being perceived as an economic liability by local, state and federal governments. 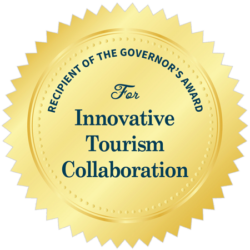